Easy Upgrades for Your Ford Mustang 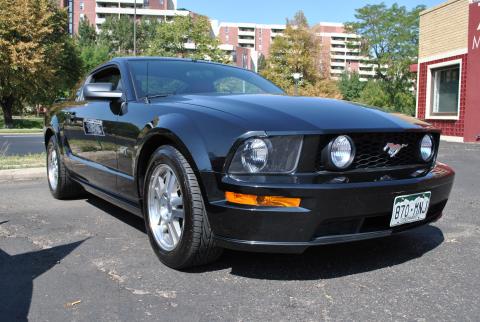 The new generation of the Ford Mustang puts you in the driver seat of an already beefy muscle car. The more powerful Cobra editions are come enhanced with the high performance parts that add horsepower, but the stock 4.6 liter V8 has great power right from the start. For the average Mustang owner who wants to add a little more kick, here are three easy and relatively inexpensive upgrades to perform.

Superchargers are great for adding a lot of power, but they are pricey and will consume more fuel. Pushing more air into the intake will generate more horsepower. The cold air intake adds an ultra-breathable route for copious amounts of air to enter the engine. With no moving parts, this is a simple add on that generates power.

More air in means moving more air out of the engine after the piston fires. High flow mufflers open the airway and create less resistance to the outbound exhaust. Bigger pipes mean more air movement, plus as an added bonus the sound of the car changes to a deep, muscle car rumble.

Today’s cars have multiple on-board computers, and the Ford Mustang is no exception. In the engine, computer chips control the operation of many of the components, and the factory settings are typically more moderate. Adjusting these setting on the chip, often called “chipping”, more aggressive settings can be put in place adding additional horsepower. Often, the installation of a Cold Air Intake will require an adjustment in the programming.

One More – Just for Looks

This one is really just for looks and adds no performance enhancements. High end brakes and rotors are available for the late model Ford Mustangs. The pads are often fire engine red, giving the wheels a sharp look. There are two easy ways to create the sharp look without the expense. First is the brake pad cover, which can be purchased plain or with the Mustang emblem. This is a relatively simple process of adding covers to the existing brake pads. Second, and perhaps even easier, is painting the pads with high temp brake pad paint. Simply remove the wheel, paint the pads and put the wheel back on.

These three upgrades to your Mustang will add noticeable power without breaking the bank. The Ford Mustang stands proud as a modern American muscle car. Starting with a car that is already fun to drive, adding more horsepower will keep you longing for more time in the driver seat.